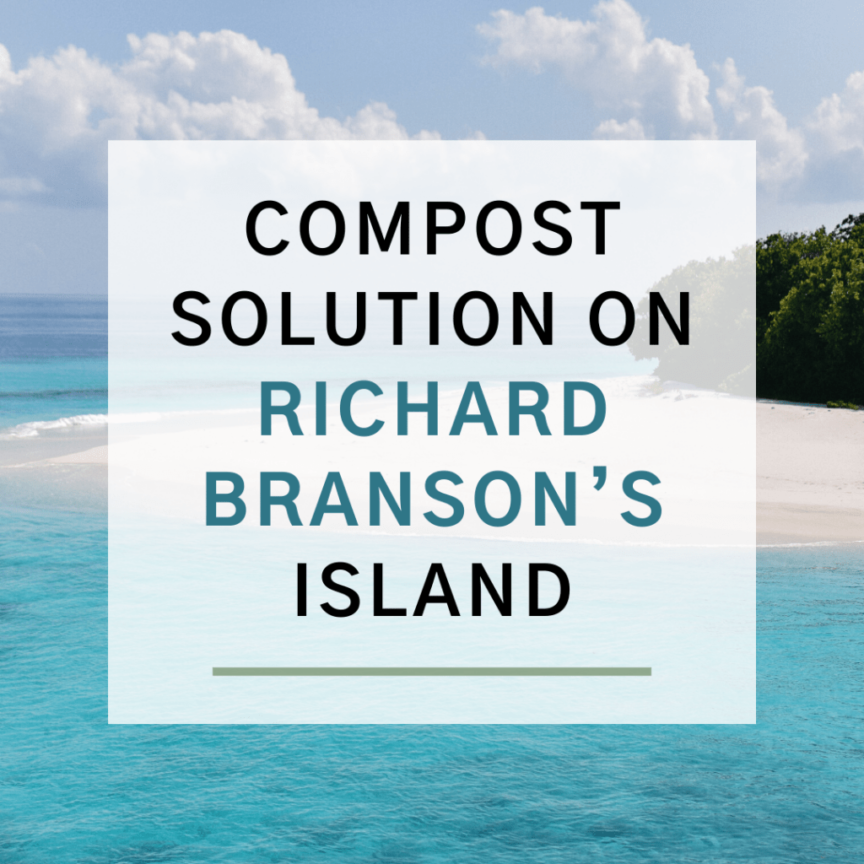 Life is different on Richard Branson’s private island in the British Virgin Islands (BVI). Breath-taking views are found at every turn and villas or the whole island are available for rent year-around. Aldabra giant tortoises, flamingos, and scarlet ibis roam free and you might even be able to take lessons from Mr. Branson’s tennis or kite-surfing coach.

Along with its reputation as a secluded resort, Necker Island is also known for its commitment to sustainability. In 2006, Mr. Branson made a pledge to commit to fighting climate change by investing $3 million in carbon-reducing projects. Since then, his private island getaway Necker Island, has become an experiment in all things sustainable and has set an example for sustainability in the Caribbean Islands. Three wind turbines and a large solar array panel provide 80% of the electricity needed for the island. Chefs use local food, rainwater is collected, and the resort is working to eliminate disposable toiletries and source employee uniforms made out of recycled plastics.

A large part of the sustainability equation on Necker Island is managing waste disposal. While there are a variety of waste management methods for islands, composting has become a very cost effective solution. For Necker Island, Island composting became a reality using the Intermodal Earth Flow Composter designed and installed by Green Mountain Technologies. This state-of-the-art composter processes landscaping waste debris, food waste, and other biodegradable materials to produce nutrient-rich compost and soil amendments for the acres of landscaped grounds on the island. Other benefits of the Earth Flow include reduced waste disposal and fertilizer costs and increased self-reliance of waste management systems important during hurricanes.

Circular waste management becomes a necessity on remote island chains like the BVI where food, fuel, wastes, and other materials are costly to ship in and out. Currently, 230,000 tourists visit BVI each year increasing waste streams and environmental degradation. A 2016 report published by the Inter-American Development Bank found that nine Caribbean countries face challenges related to waste management, including “increased solid waste generation, changes in waste characterization, lack of adequate disposal sites, and low collection rates.”

To solve these problems, many islands such as the Hawaiian Islands and Puerto Rico rely on incinerators to manage their waste streams because of the lack of space for landfills, and economic feasibility of recycling. Recently, the BVI has made strides to reduce the amount of waste going to the incinerator, which was out of commission due to a fire from a gas tank explosion in 2019. BVI signed a memorandum of understanding with Green VI, a non-profit, to implement on-island recycling programs that upcycle glass into art, Styrofoam into beanbag chairs, plastic into fence boards, and cardboard into compost. Despite these efforts, strides must be made in composting to reduce costs for waste disposal and shipping.

Prior to their use of the Earth Flow, Necker Island shipped a 20-cubic yard dumpster of garbage off-island twice per week amounting to $32,000 dollars in charges per month. Now with the Earth Flow Composter, 40 cubic yards of material can be processed per month, significantly reducing disposal costs. Necker Island expects to pay off their initial investment in the Earth Flow in under two years.

After the compost runs through the automated auger system, which takes between 14-21 days, the compost can cure for another month or be added to landscaping immediately as a soil amendment. Prior to the installation of the Earth Flow, compost was imported to Necker Island from Puerto Rico with unnecessary costs for shipping and handling. Now, Richard Branson’s staff unloads the back of the Earth Flow and transfers the cascading nutrient-rich soil to their plants for optimal growth.

BVI suffered catastrophically from Hurricane Irma that hit in September 2017, decimating homes and leaving piles of flammable debris in its wake. At Necker Island, staff made sure to secure the Earth Flow to concrete to keep it in place during hurricane season. The compost from the Earth Flow will facilitate continued growth of vegetables on the island and keep Necker Island self-sufficient during future natural disasters and global pandemics.

This past March, Michael Bryan-Brown visited Necker Island and performed a training for local staff on how to operate the Earth Flow. The installation was stalled for the last couple of years due to rebuilding efforts in the wake of Hurricane Irma, so seeing the Earth Flow up and running was a proud moment for Sir Richard Branson, the Virgin Team, and Green Mountain Technologies.

The next step is expanding these composting technologies to the neighboring island, Moskito Island to receive the same benefits and commitment to environmental sustainability.

Interested In a compost solution for your island? Send us a message here.