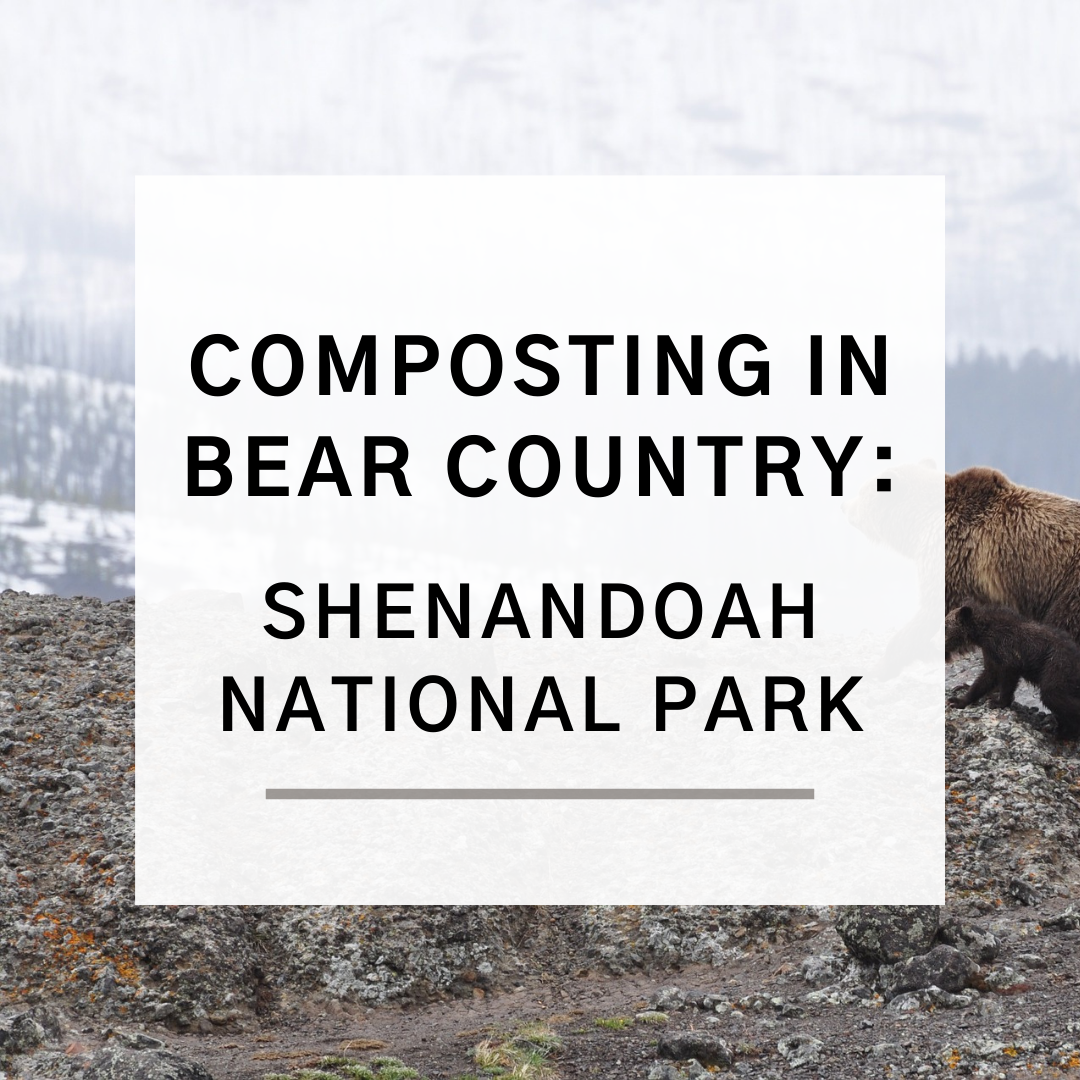 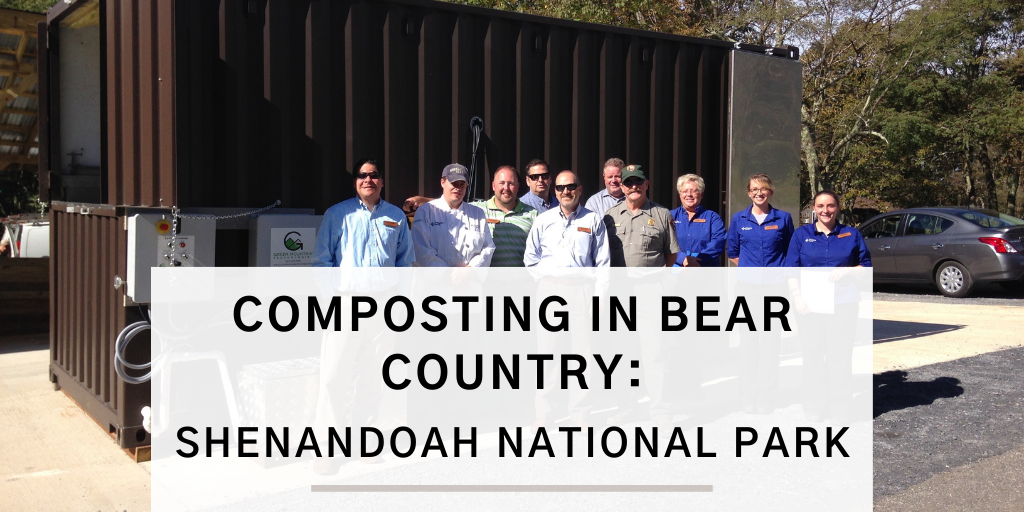 Staff from the National Park and Delaware North dining and management with their new Earth Flow. This is from the initial installation of the system in October of 2017.

“I’m shocked at how much material we can put into the machine. That’s been a huge eye opener. We have plenty of capacity for our needs.” -Scott Stillwagon

Shenandoah National Park in Virginia has the highest density of black bears in the world.  The Park wanted to advance their zero-waste goals by composting their food waste on-site. A bear can smell food from over 20 miles away, so Shenandoah needed to create a bear-proof compost system.

Nestled along Skyline Drive’s highest elevation of 3,680 feet in the center of Shenandoah National Park is Skyland Lodge. This remote location has proven to be a challenge for waste management. It is about an hour drive to any neighboring town, so hauling food waste off-site is costly and inefficient.  National Park requirements also prohibit food-waste composting on the ground in the Park.

In 2016, Delaware North approached GMT to expand their zero-waste goals by composting their food residuals from Skyland Lodge and other food concessions in the Park, along with horse manure and bedding from Skyland Stables.  With their very large black bear population, Delaware North needed a way to compost without attracting and endangering the local populations of black bears.

With an impressive record in sustainability, including awards from the Green Key Eco Rating and through Delaware North’s Green Path Program, Skyland Lodge had already tremendously benefited the environment and community around the Park.  On-site composting was their next big challenge. 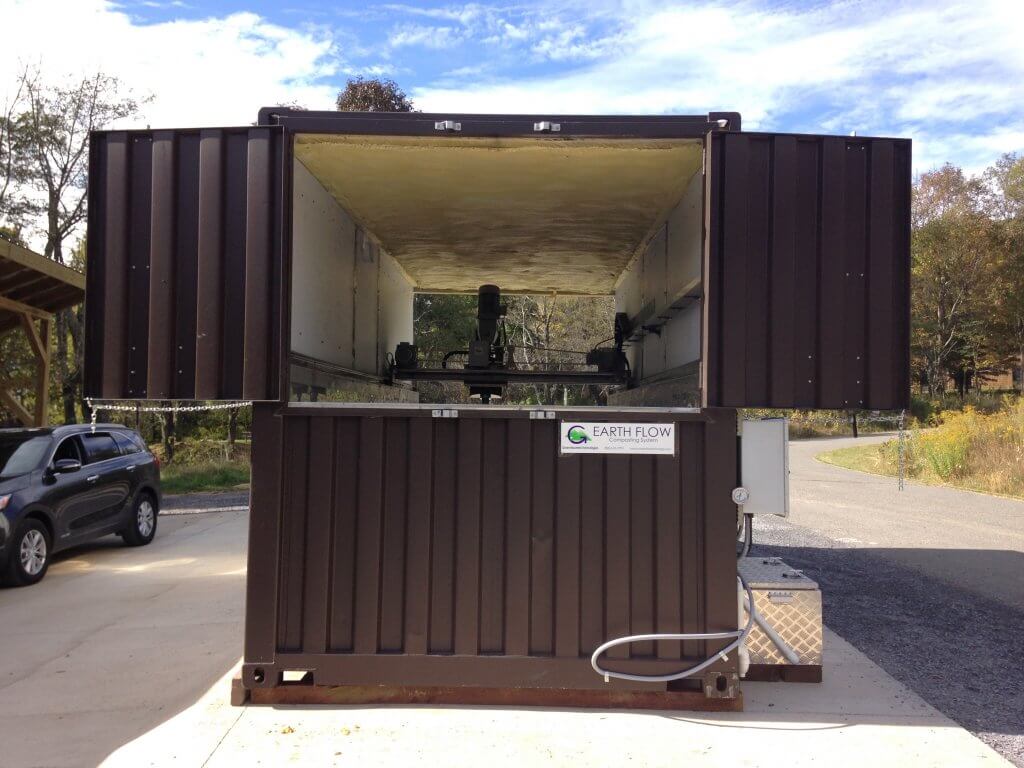 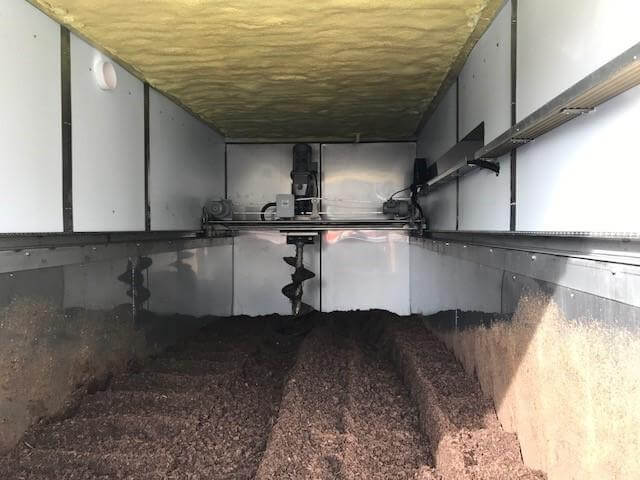 GMT also designed heavy-duty, bear-proof load doors to meet the National Park requirements for preventing bears from accessing the compost. In addition, the Earth Flow system gets 96% of its power from solar panels at the composting site. 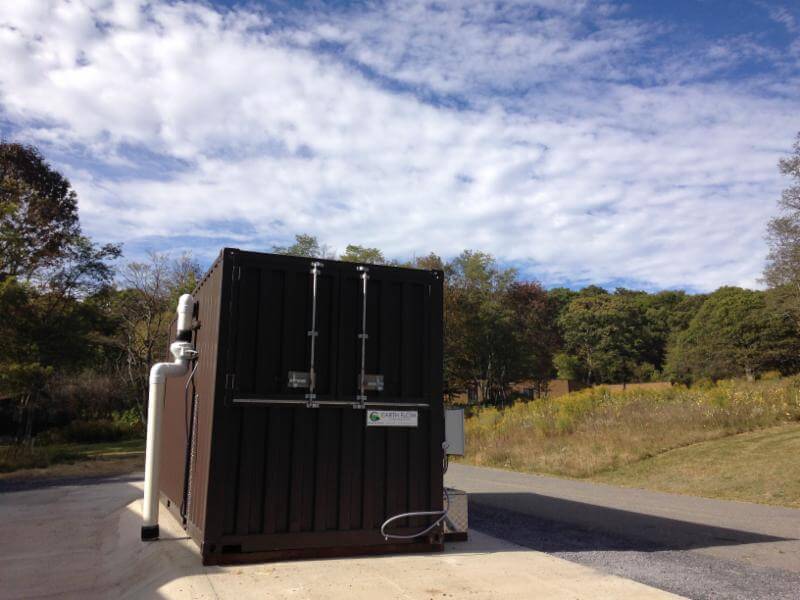 Scott Stillwagon, Environmental Manager for Delaware North at Shenandoah National Park, recently gave us a progress report on the Earth Flow installation. Scott said they are “super pleased with everything” about the composting system.

What really impressed Scott was the lack of odor.  “The odor control is perfect,” he said.  “You don’t notice any odors unless the doors are opened.”  With a very active bear season this spring and challenges with the bears all around the Park, it is exciting that no bears are attracted to the compost site.

Scott also commented on the unexpected capacity of the Earth Flow, “I’m shocked at how much material we can put into the machine. That’s been a huge eye opener. We have plenty of capacity for our needs.”

In regards to storm water runoff at the site, Scott said initially, “people were concerned about run-off from the compost system during heavy rains. Instead, they were amazed to see that the curing compost piles were actually absorbing excess rain water from the site.”

Regarding the Park’s use of the finished product, Scott announced that, “we have been using some of the finished compost to mix with wood chips and make a softer, more absorbent bedding for the playground. The absorbency of the compost helps to reduce puddling on the playground during rains.” Scott also explained that, “some of the compost is used in Park Service nurseries, where they are growing endangered plants for reintroduction to the Park.” He noted that, “we also donate quite a few yards of compost to non-profit farms.” 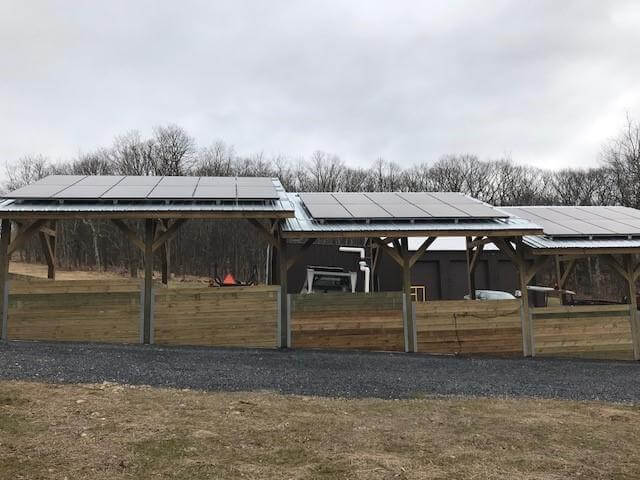 GMT’s Earth Flow System enables Shenandoah to take another big step through attaining their green goals. Thank you Delaware North and Skyland Lodge for your tremendous contribution to promoting a healthy environment and for choosing Green Mountain Technologies for your on-site composting needs!