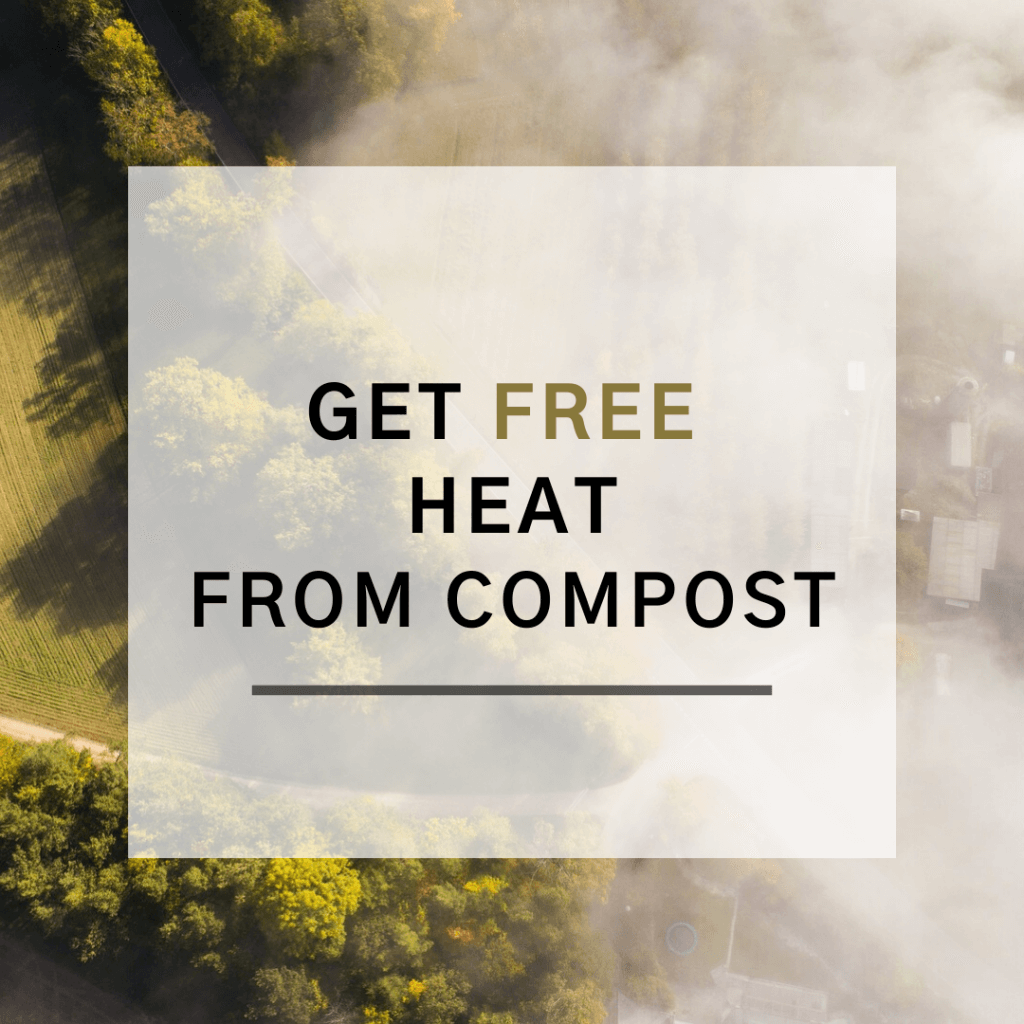 In the midst of a global pandemic, everyone is looking for ways to become more self-sufficient and decrease monthly expenses. But what if you could do this by sequestering heat from your compost pile?

Located on the border of Oregon and Washington, this commercial composting facility uses excess heat from their Turned Aerated Pad (TAP) system to heat their office buildings reducing their monthly utility bills by 25% and aiding in the cooling of their piles.¹ Green Mountain Technologies has helped Dirt Hugger expand their operations from processing 20,000 tons of feedstock per year in 2016 to 64,000 tons per year in 2019. With typical compost pile temperatures running between 130-160°F, they have harnessed a natural process as a renewable energy resource and simultaneously increased the rate of decomposition and heat generation through negative aeration.²

The Dirt Hugger compost operation sits on GMT’s signature concrete aeration pad. Below is a maze of pipes that blow air in or out of the compost, thus coining the term positive or negative aeration. Optimal aeration rates are essential to fuel the microbial activity of the composting process and are controlled automatically using the WebMAC’s control system. To heat their office building, hot air is pulled into the underground pipes, captured by water circulating in 5,000 feet of PEX tubing and carried to Dirt Huggers’ adjacent 2,900 square ft shop and office. This results in 80% of Dirt Hugger’s heating and cooling demands being met through this renewable energy source. The last 20% is delivered by a propane heater to obtain ambient air temperatures up to 70°F during the colder winter months.

This is a very low-cost, low-tech solution that is simple to install and simple to implement for anyone who has a composting facility and a building. The cost to install the tubing and related equipment — when we built the pad and then the building — was between $10,000 and $15,000.

– Pierce Louis, Co-Founder of Dirt Hugger in an article posted by Biocycle in December 2018.²

With global energy demands projected to increase by 55% between 2005 and 2030 from 11.4 billion tons of oil to 17.7 billion tons, using compost as a renewable energy source has become increasingly popular in the last 10 years.³

Tyler Miller, Co-Founder of Dirt Hugger, concluded that he has always loved his experience working with GMT. “We have found that they keep things simplistic, affordable, and are flexible to changes that may arise in our projects.”

Along with your newly bedded vegetable garden and backyard chicken flock, think about how you can use your compost pile as a heat source. Want any help figuring out the logistics? Get in touch with us here.