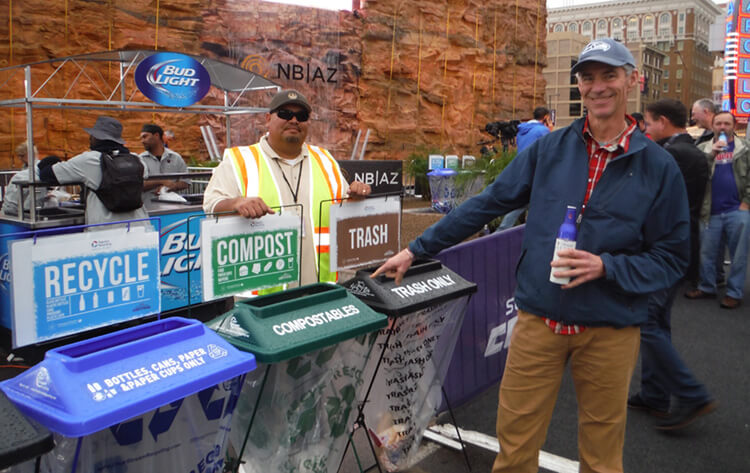 Phoenix, Arizona – January 27, 2015 – Seattle is contributing more than a great football team to the Super Bowl coming up this weekend in Arizona. Bainbridge-based Green Mountain Technologies (GMT) has been contracted by the City of Phoenix to provide composting for the food waste and compostable service ware for the pre-Super Bowl events. The goal is to make these festivities zero waste events, where everything is either composted or recycled.

This program is part of a larger effort to bring Seattle-style curbside collection of food and yard waste to Phoenix. GMT is working with the City of Phoenix to design a state-of-the-art composting facility for processing all of the City’s food waste and yard waste. Say Bryan-Brown, “We’re bringing that same Seahawks determination to help the City of Phoenix establish a top-notch composting program.”