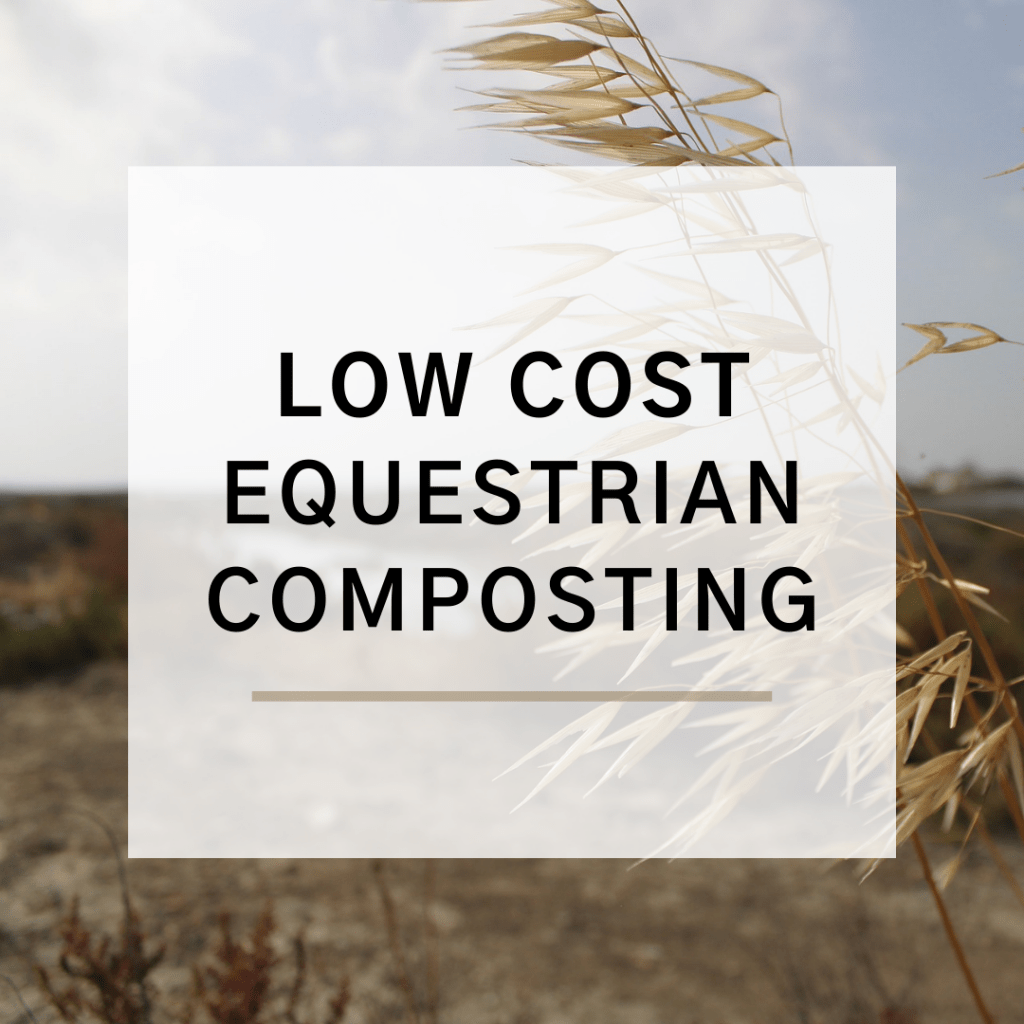 Full Sail Farm is an equestrian facility nestled in Salinas River valley in California that boards 8-18 horses during the year. Karl Gage, owner and operator, manages between 1,800 and 2,700 pounds of horse manure per week. The previous owner of the farm pushed the horse manure onto a stream bed, creating a manure quicksand that contributed to excess nutrients leaking into groundwater. In hopes of finding a better solution, Karl read a Biocycle article and began to get excited about the science behind composting. He then reached out to Jeff Gage at Green Mountain Technologies and they designed and built a simple cost-effective Aerated Static Pile (ASP) system that requires minimal labor and reduces composting time. GMT now offers this package to all our customers as the Pre-Engineered ASP system with various configurations to match our customers’ needs.

Low Cost
One of Karl’s favorite parts about his Pre-Engineered ASP system is its low initial cost without compromise of GMT’s state-of-the-art technology. The Pre-Engineered System includes GMT’s automated temperature monitoring device, WebMACS, direct drive blowers and an aeration manifold at our lowest price point ever: between $7,825 – $10,695 for the initial investment. While Karl decided to not add lock blocks to his site to separate his bays, we recommend them to our clients because it helps you get leverage when moving feedstock.

Requires Minimal Labor
As a full-time private building contractor, Karl Gage has limited time to devote to composting. He spends between 2-5 hours each week adding feedstock to his piles and covering them with cured compost as a biocover. This is why we call this “one-touch” composting as it minimizes the amount of turning and labor that is required to keep the piles decomposing optimally.

Reduced Composting Time
With aeration controlled by the WebMACS, compost only has to be on air between 14-21 days before it decomposes and easily reaches minimum temperatures for proper sterilization. Karl can then use his compost on his fields after 90 days and doesn’t have to worry about flies because the high temperatures in the pile kills the larvae.

Compost as a Community Builder
Throughout his composting journey, Karl has become the resident expert of compost in his area and attended the United States Composting Council (USCC) Compost Operator Training Course. He takes green waste and manure from other farmers in the area and provides a needed service of composting manure and reducing pollution for his community. Full Sail Farm is located in Paso Robles, California and provides tours of their compost operation. Schedule a tour here and reach out to us here to learn more about our Pre-Engineered Options.