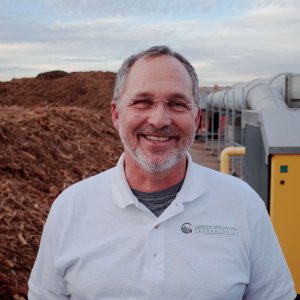 Jeff has a BA in Advanced Environmental Studies / Energy Systems from Evergreen State University. He has been designing composting facilities since 1985 and has constructed and/or operated over twenty-five large scale composting facilities across the United States. He has published his composting research, served on public composting boards and has earned multiple awards and certifications. He founded and was a lead instructor for the WSU Compost School. In addition to working at GMT, he teaches composting fundamentals throughout the world including the UK, the Middle East and the Americas.